Nedenfor er løpeseddelen for A4 format med for- og bakside. Du kan laste ned heftet i A5 format her: Resisebrev-A5-klar-side-2

Du kan laste ned heftet i A4 format her: Reisebrev-A4 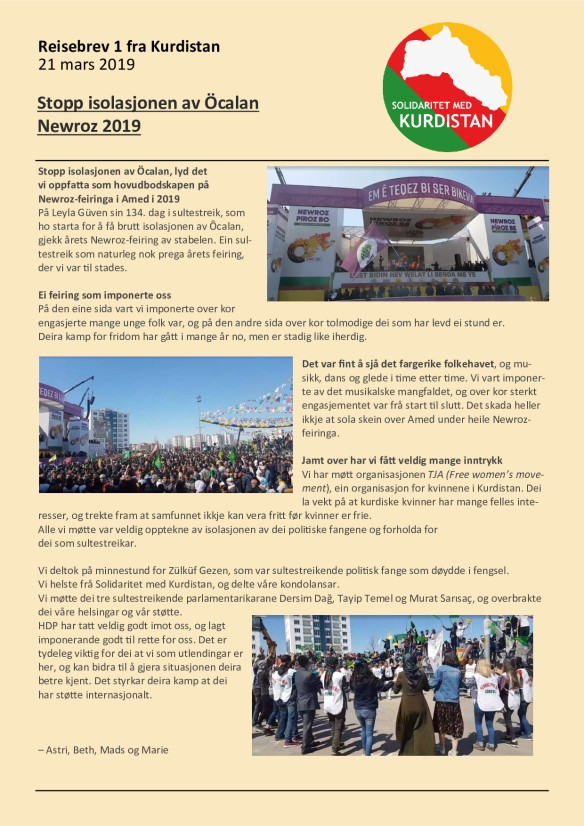 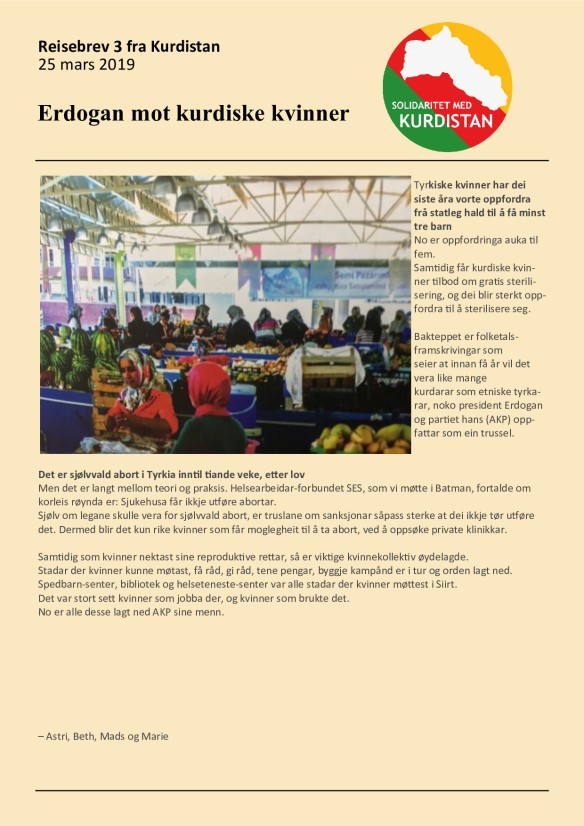 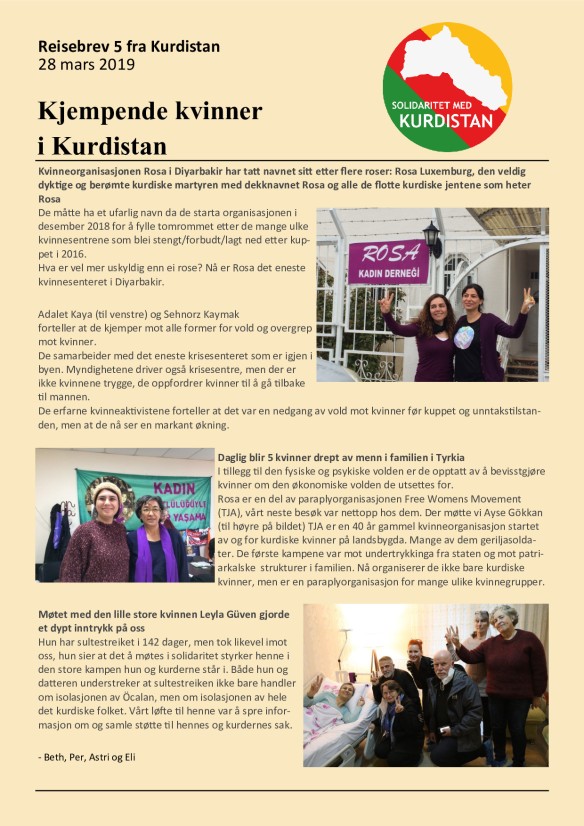 To the International Public:
We are writing this letter to attract your urgent attention to the ongoing hunger strikes in and out of Turkish prisons and in other countries to protest the absolute isolation of Mr Abdullah Öcalan at Imrali Island Prison. The policy of isolation is legally, politically and morally unsustainable and should be lifted without any delay. We expect and demand from the relevant international authorities to fulfill their responsibilities and take immediate action to end this sheer unlawfulness.

Mr Öcalan was the chief negotiator of the Kurdish movement in the peace process between 2013 and 2015. When the Turkish government terminated the peace process in April 2015, it simultaneously isolated Mr Öcalan from the society. By isolation we mean that Turkish authorities do not allow Mr Öcalan to receive visits from his lawyers, family members, or any others. He is not able to make phone calls, or send or receive letters, either.

The Committee for the Prevention of Torture (CPT) and Parliamentary Assembly of the Council of Europe (PACE) have emphasized that such policy of isolation on Mr Öcalan and other prisoners at Imrali Island was in violation of Articles 3 and 10 of the European Convention of Human Rights, and repeatedly called upon the Turkish authorities to ensure that all prisoners at Imrali are able to receive visits from their relatives and lawyers. Similarly, this isolation is in clear violation of the Mandela Rules, which were adopted by the UN Assembly in 2015 to guarantee the rights of prisoners to have visits from lawyers and family members among other rights. The ongoing hunger strike is simply to urge the Turkish government to implement these recommendations of the CPT, the PACE and the Mandela Rules, and comply with its own laws. That is all.

İmralı Island is very similar to the Robben Island in its structure and operation, where Nelson Mandela was kept for 27 years. Mr Öcalan has been in this prison for 20 years. The isolation of Mr Öcalan and other prisoners from their lawyers and families is unlawful, unethical, and politically wrong. We urge the Turkish authorities to end this isolation and let lawyers and family member to have prison visits.

The relative silence of the international community on the issue has so far encouraged the Turkish government to maintain its policy of isolation. We hereby and once again call upon the authorities of the Council of Europe (the CPT, Secretary General, the PACE, the Commissioner for Human Rights, and the Committee of Ministers), the European Union and European Parliament, the UN High Commissioner for Human Rights, and all governments and institutions concerned with the human rights of prisoners to take immediate action and urge the Turkish government to terminate the policy of isolation on Mr Öcalan and other prisoners. Our hope is that terminating this policy of absolute isolation may not simply end the hunger strikes and restore certain rights of prisoners, but also help to re-engage the Kurdish issue in peaceful ways, re-initiate democratic dialogue between the parties to the conflict, and hopefully resume the halted process. 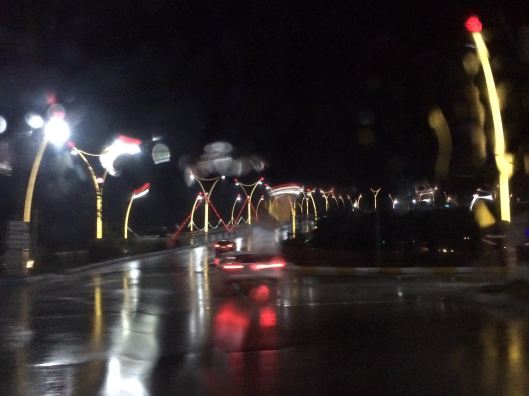 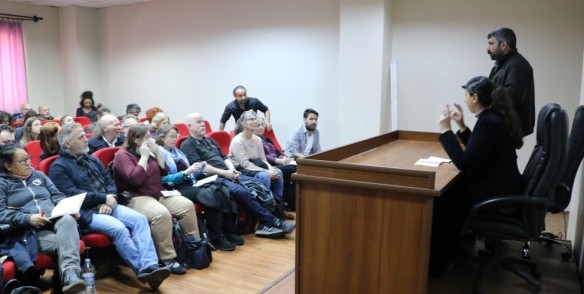 European delegation to observe elections in the Kurdish region

92 people who came from Europe on the invitation of HDP will observe tomorrow’s local elections in the Kurdish region.

Parliamentarians, bureaucrats, civil society organizations representatives and journalists are among a 92-person delegation from Europe and other countries who have arrived in North Kurdistan to observe Sunday’s local elections on the invitation of HDP Co-chairs Pervin Buldan and Sezai Temelli. Les mer